Norwegian Study Finds Opening Bars Longer Increases Violence
"Awfully hard to have a bar fight without a bar. That's especially important in a place like Norway in the dead of winter, where the sun comes up, you get out of bed and by the time you're done brushing your teeth the bugler is playing taps again. That means a lot of happy hours and a lot of opportunity for them to end unhappily. Close the bars an hour earlier than you normally would and you cut violence by 16%, according to a study in the journal Addiction. Of course, 16% is almost exactly the percentage of time one hour cuts from the prime heavy-drinking window of 6 p.m. to midnight. In other news: leave a third of your food on the plate and you cut calories by 33%!" 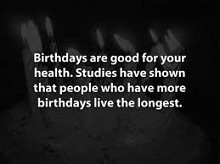 False Confessions May Lead to More Errors in Evidence, Study Shows
Saying you did something you really didn't do in a criminal trial intended to determine if you did or didn't do it may lead to factual problems. The announcement of this multi-institute study also included the insight that "Confessions, when true, are an important tool in convicting criminals."

Being at the Beach Makes You Happy
New research from the University of Plymouth found that spending time next to the ocean makes people feel happier and more relaxed than hanging out in a city."

Swimsuit Shopping Sucks
New research from Australia's Flinders University found that women feel bad about themselves when they go shopping for a bathing suit. According to scientists, it's even worse when you're in the dressing room because you're forced to evaluate your body."

Traumatic Brain Injury Frequently Leads to Headache
This, of course, came as a surprise to all those scientists who previously believed traumatic brain injury leads to pain in the knees or ankles. But no, the head it is, according to findings announced by the National Headache Foundation.